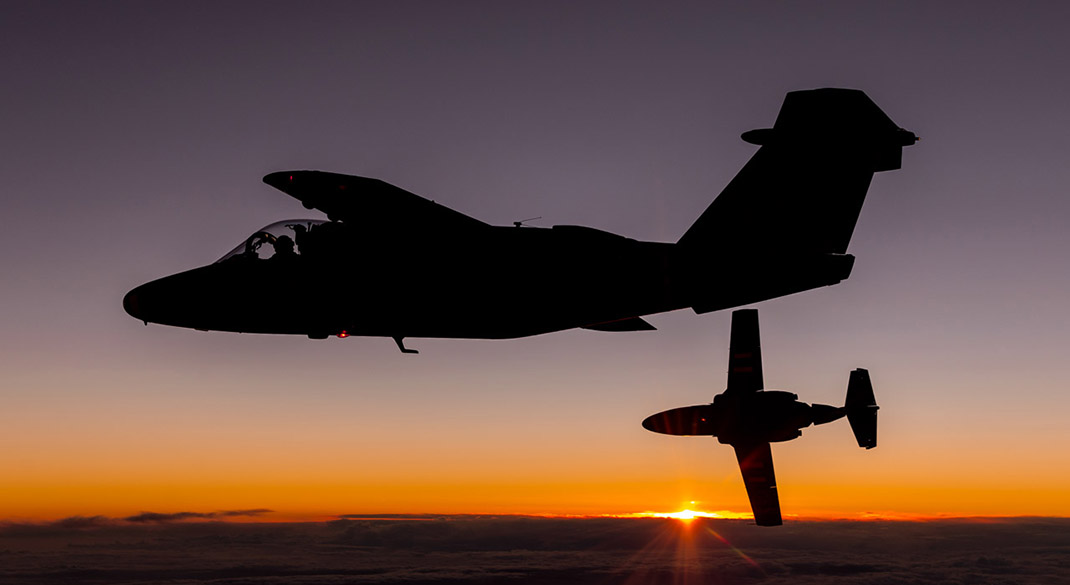 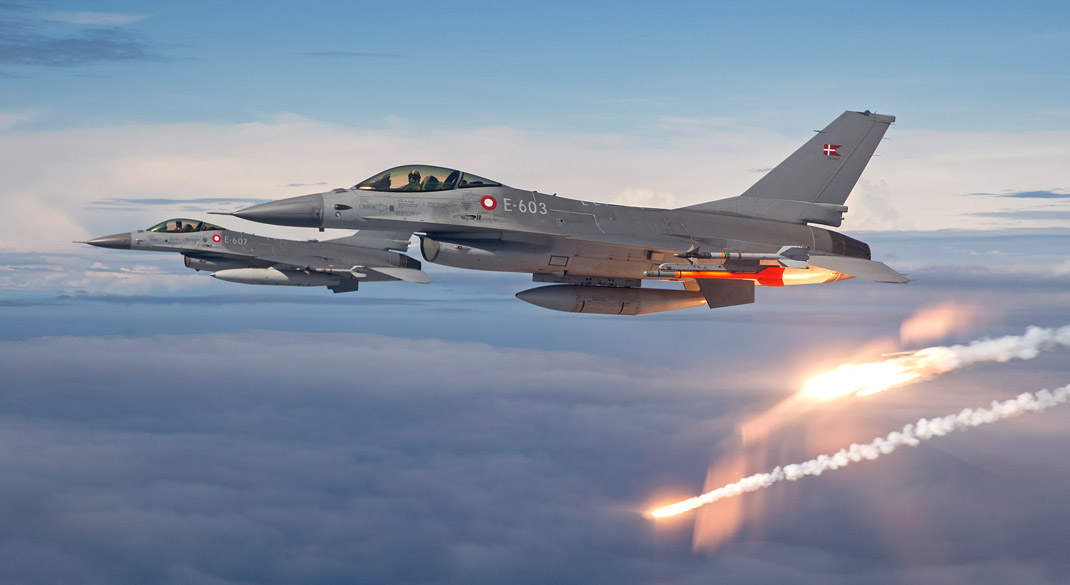 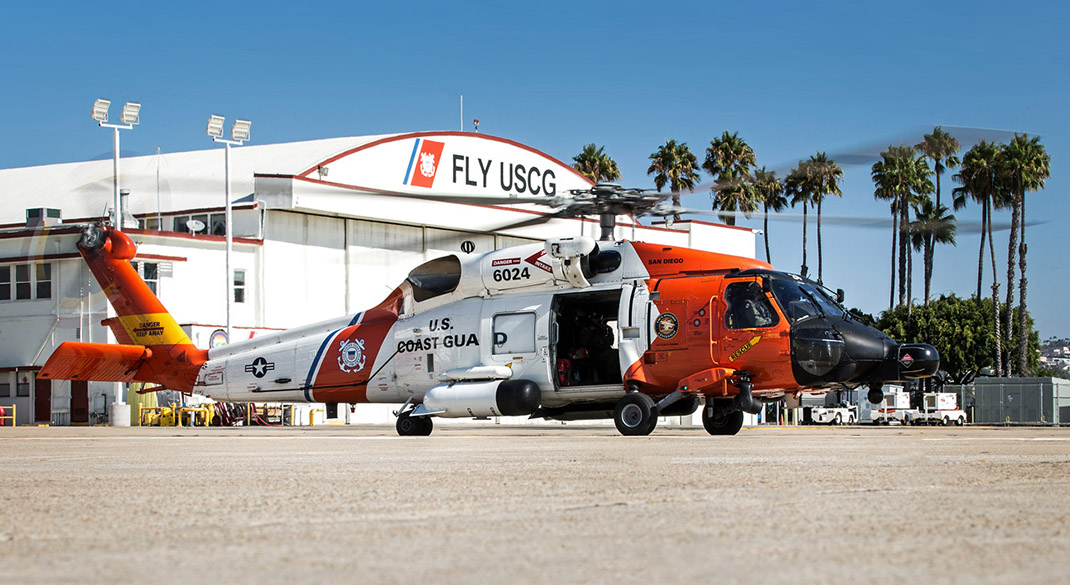 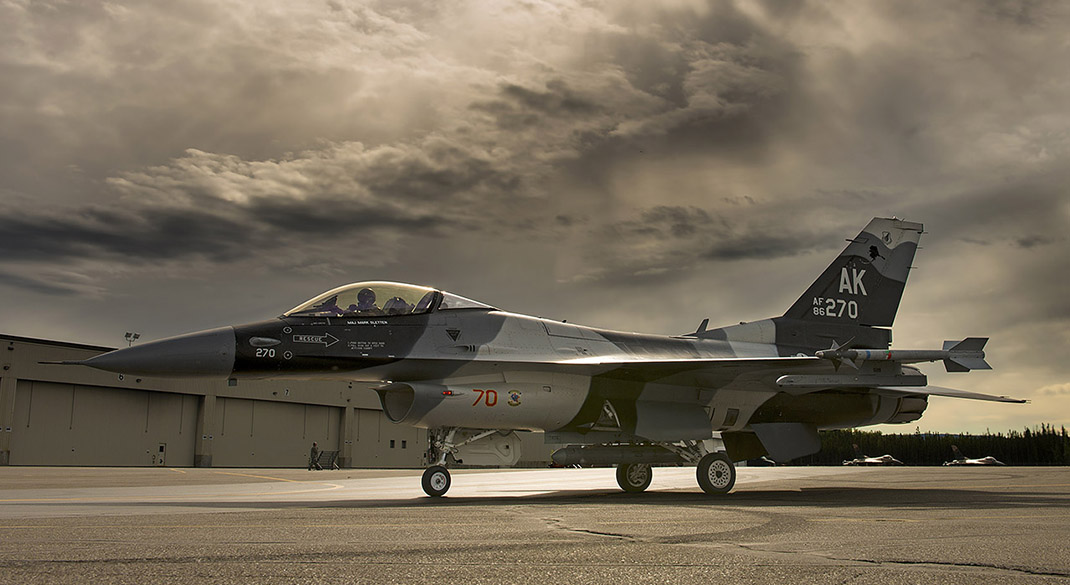 18th Aggressor Squadron – The Blue Foxes
An arctic aggressor taxis out for another 'red' sortie at Eielson AFB. 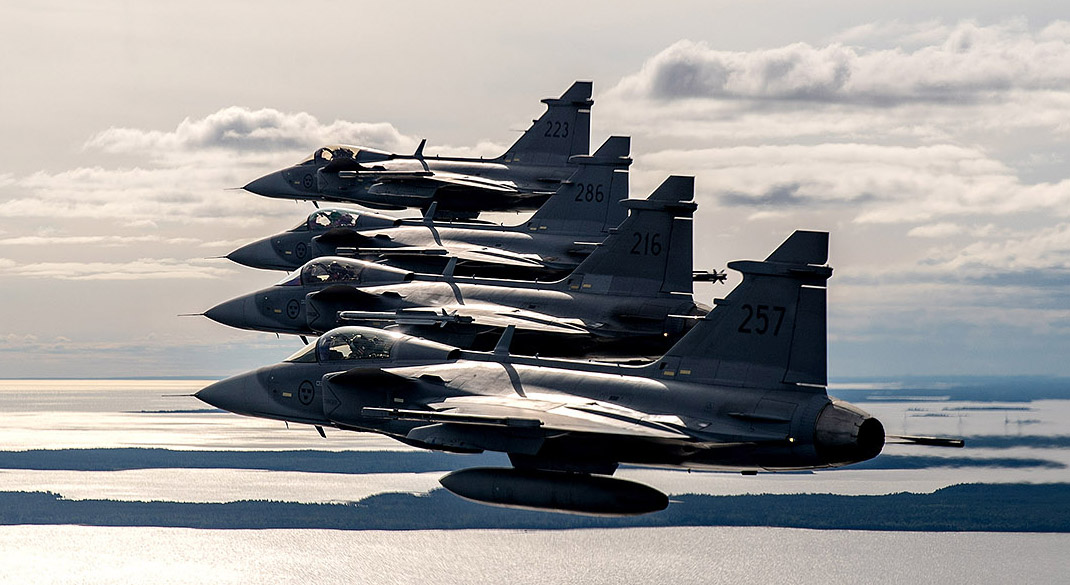 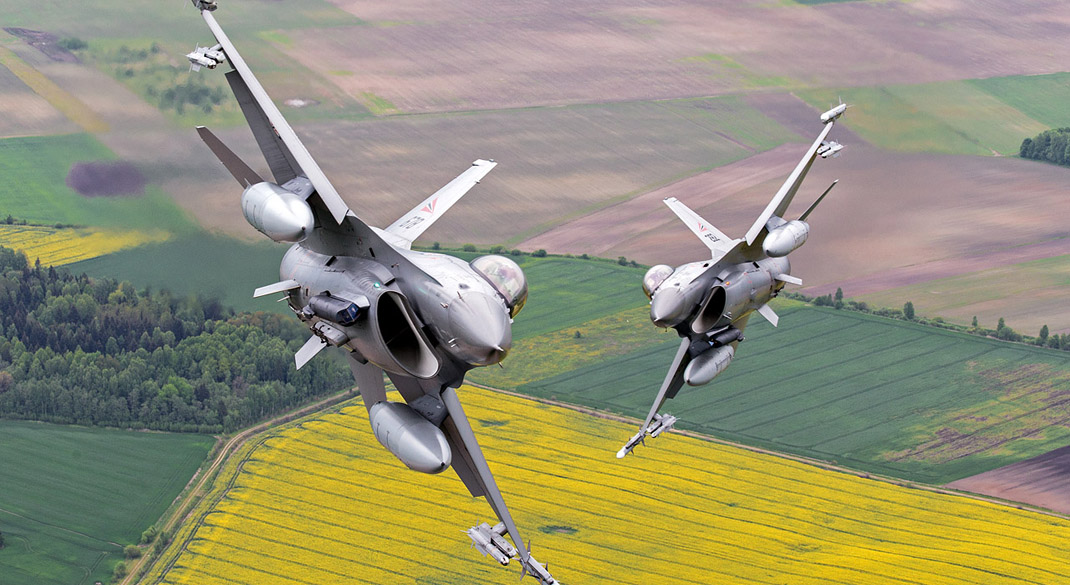 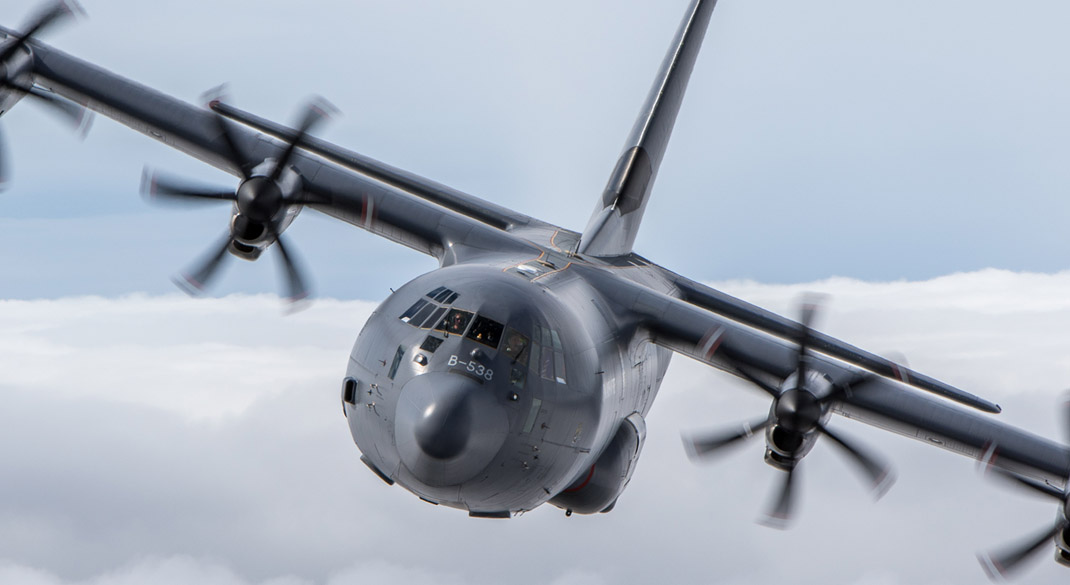 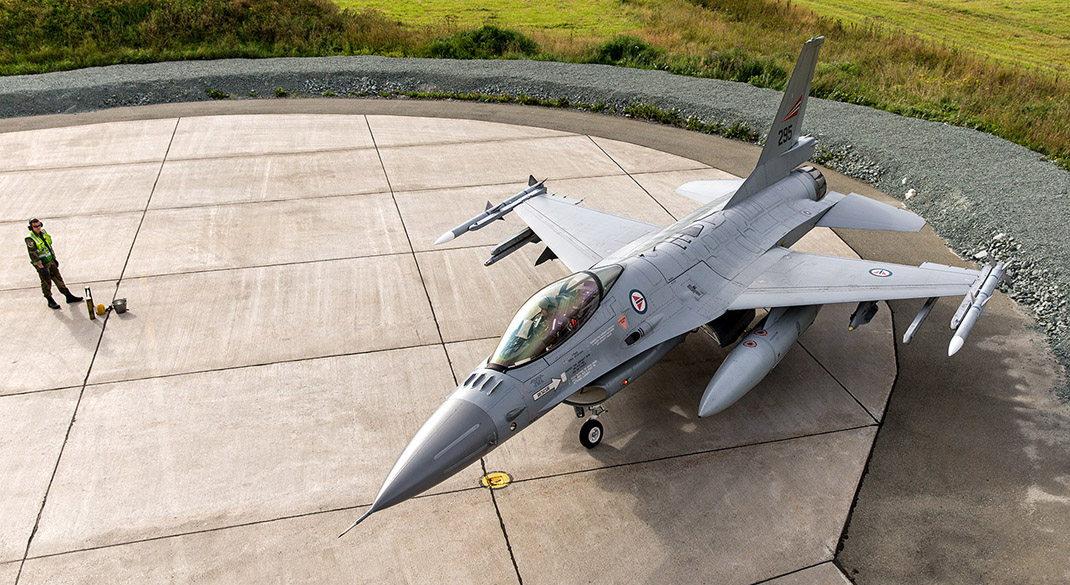 Super base – Ørland
The ground crew awaits this RNoAF F-16 at its HAS. 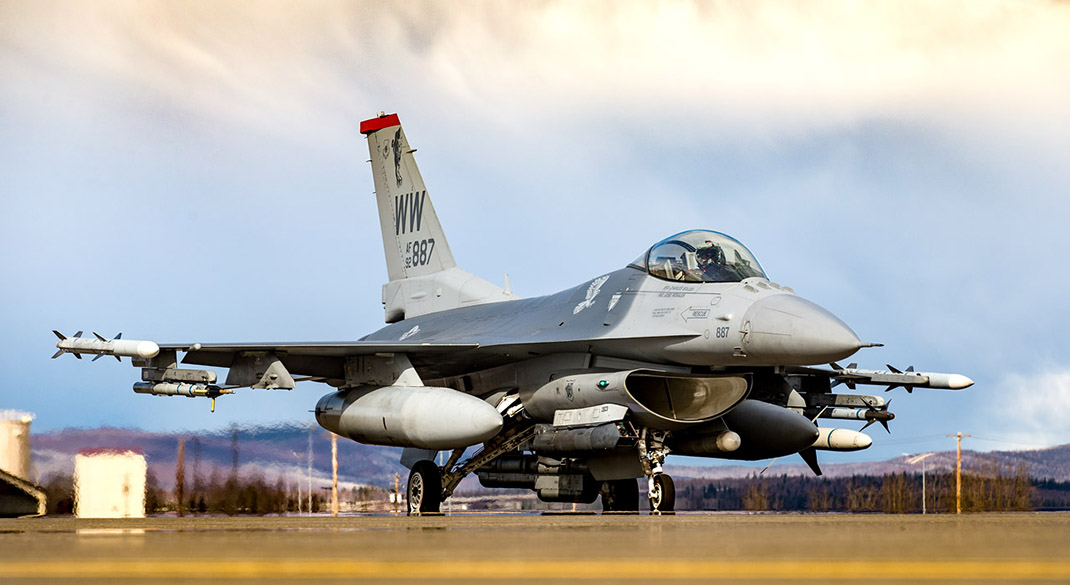 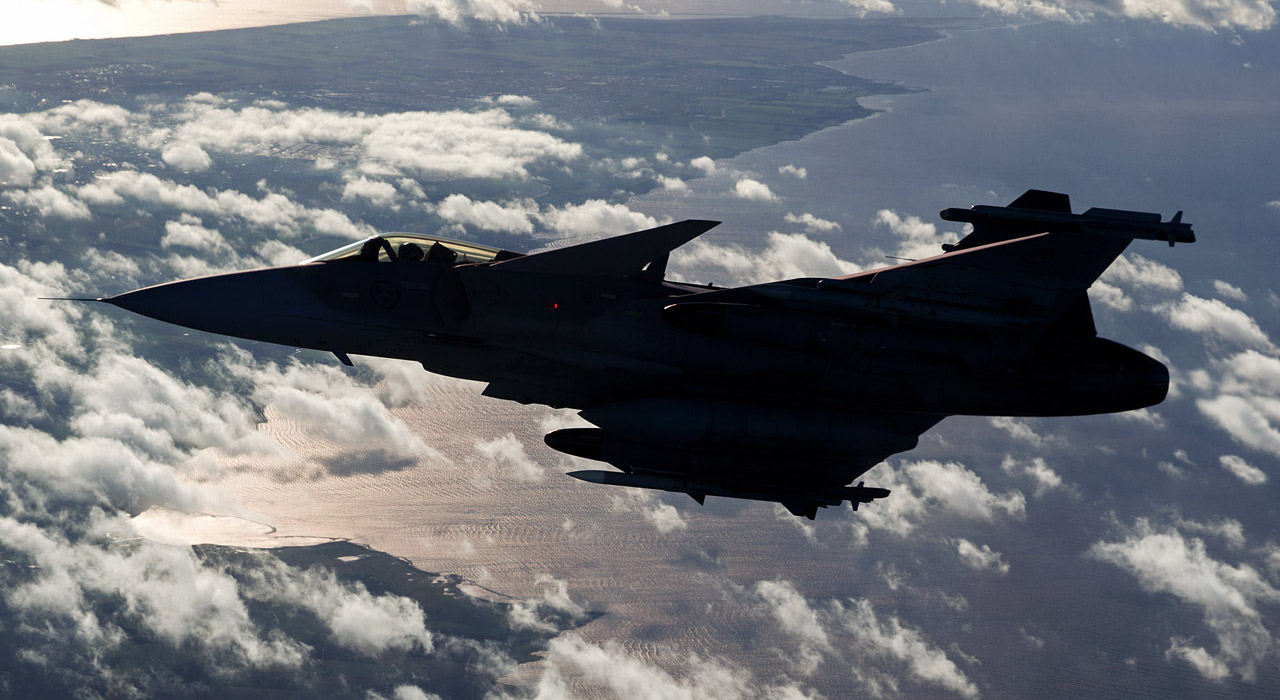 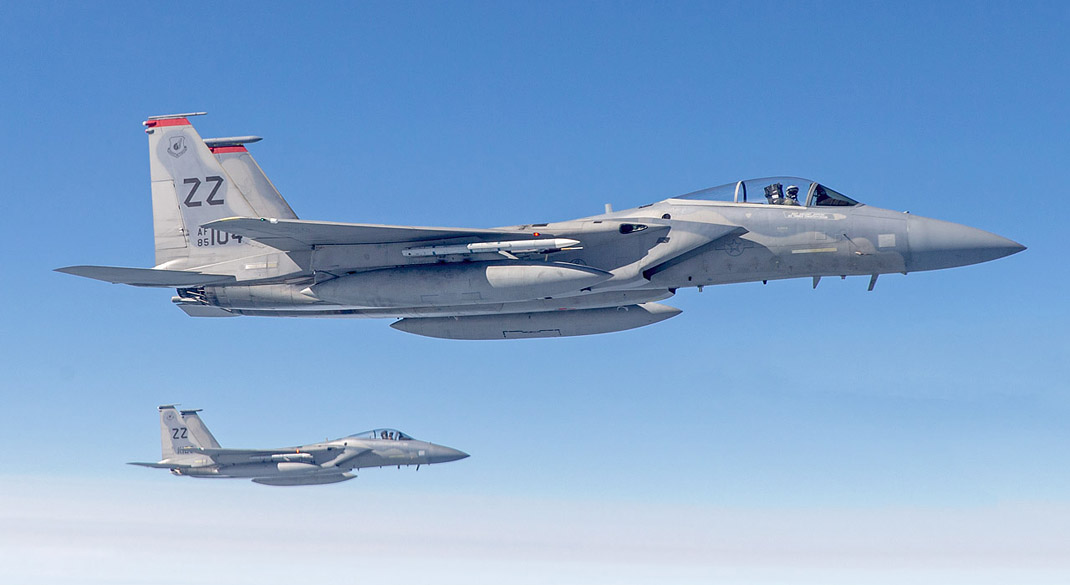 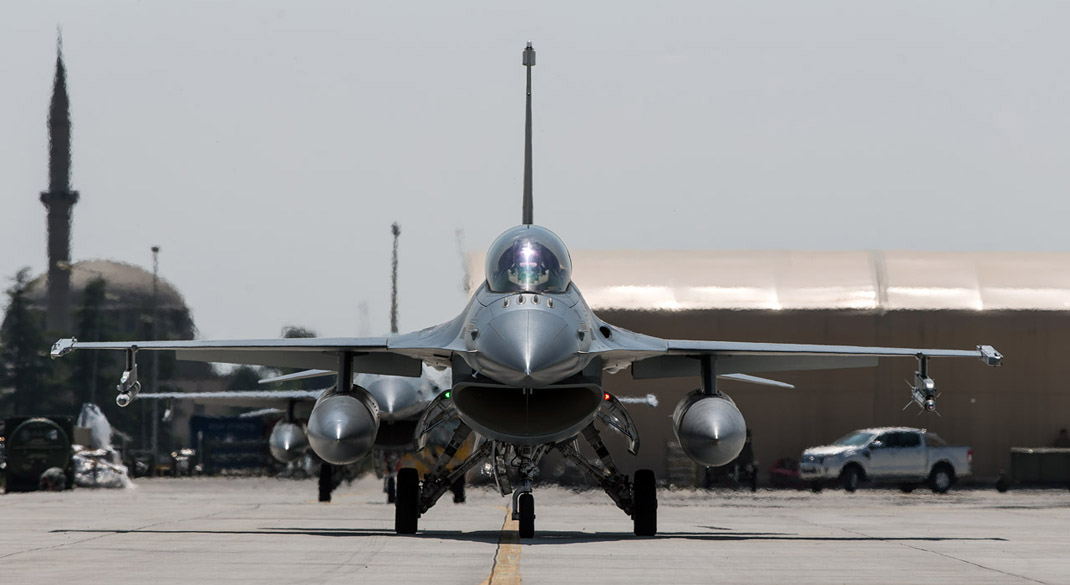 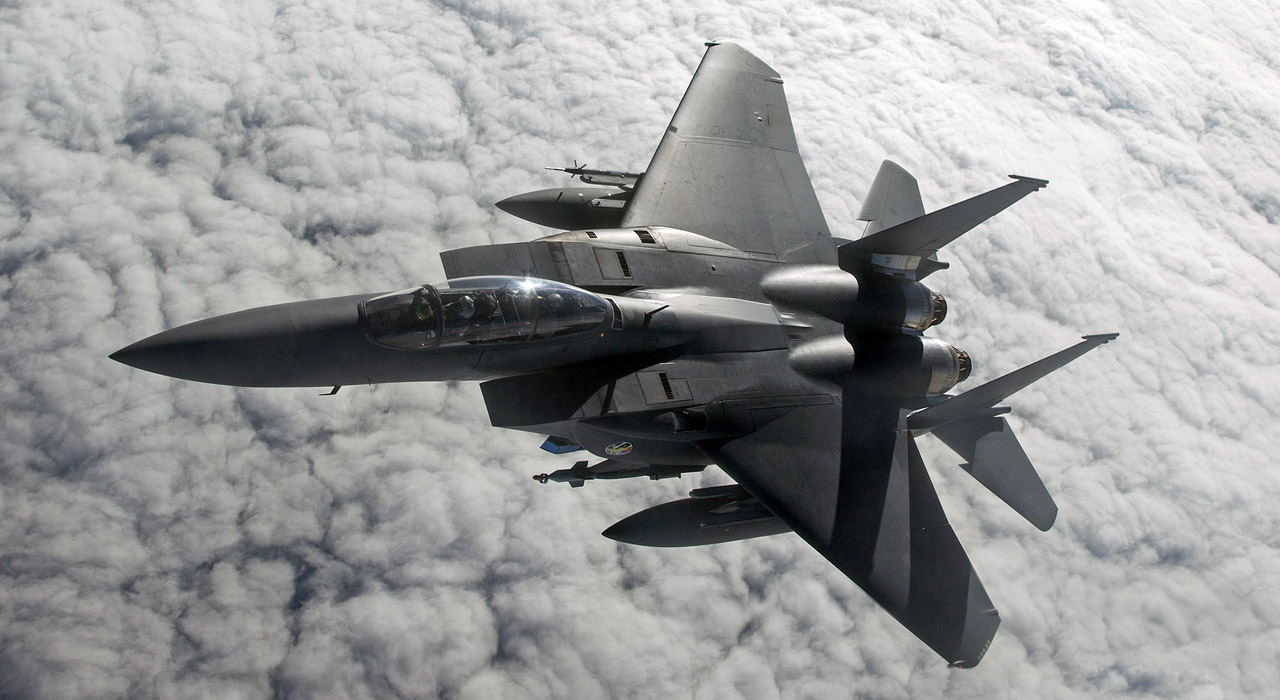 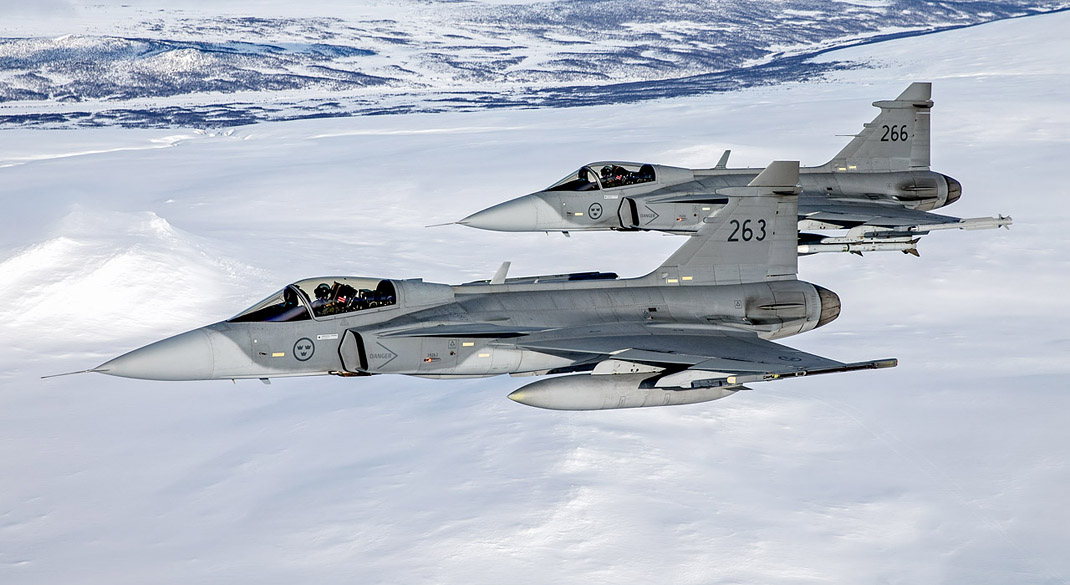 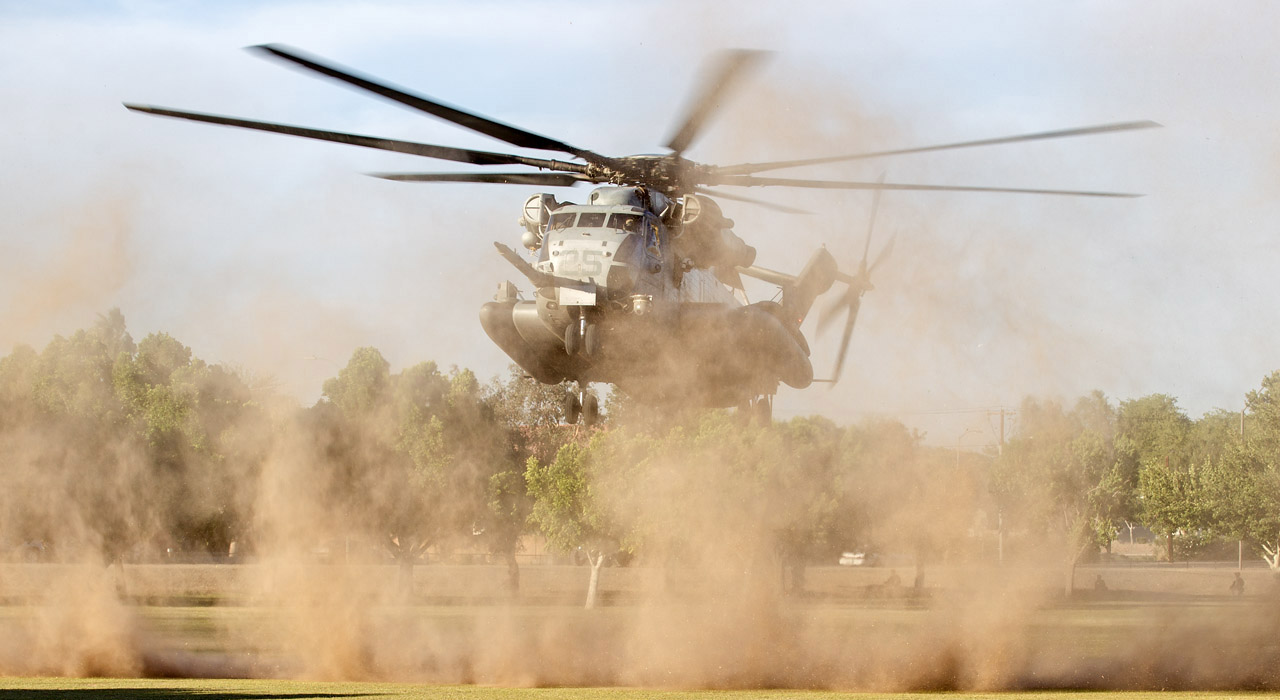 WTI - Training the trainer
A USMC CH-53E landing in a park in Yuma, during the Humanitarian Aid/Disaster Relief exercise 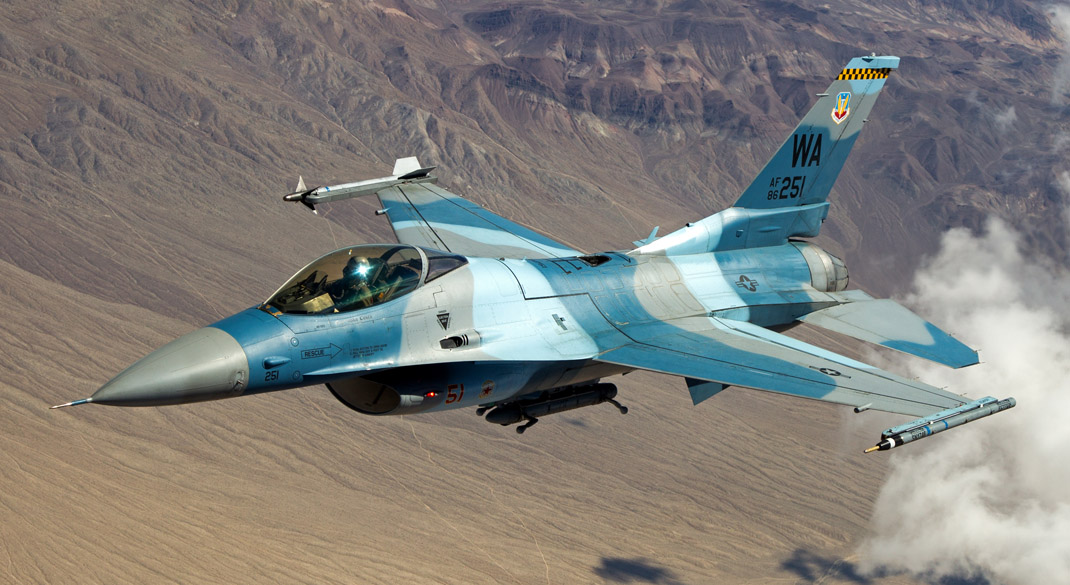 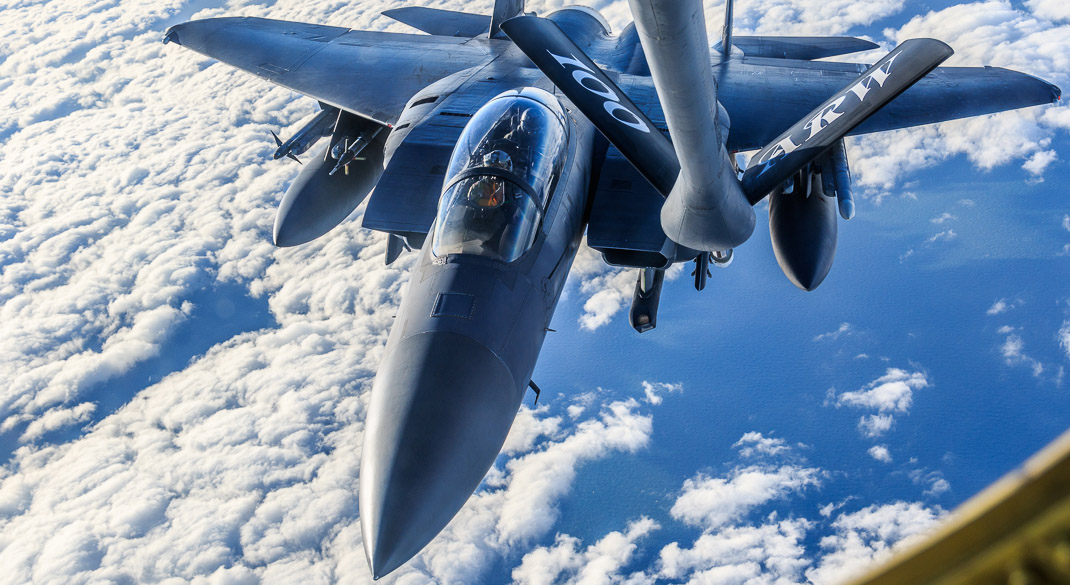 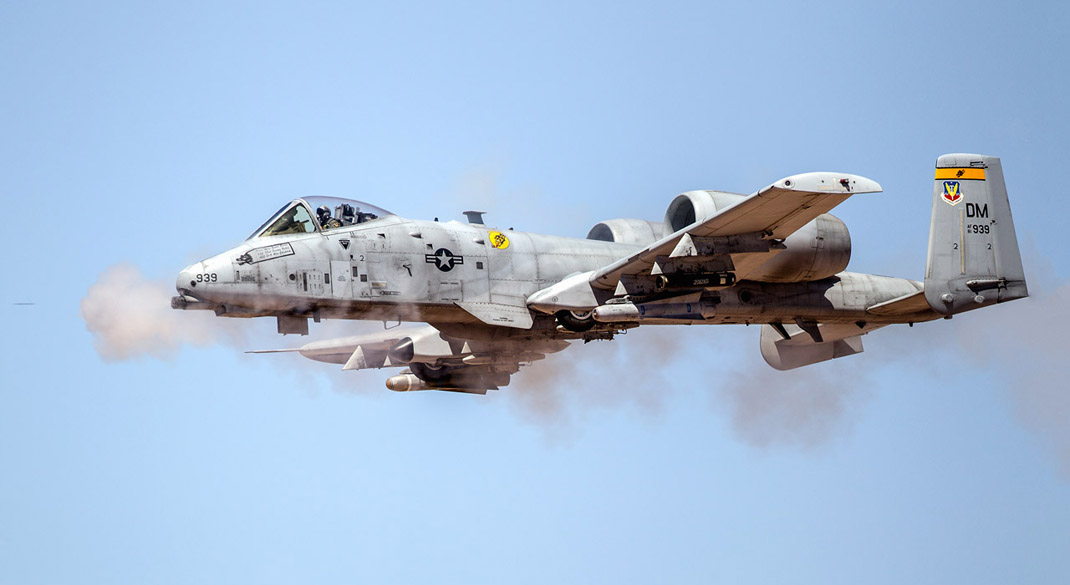 The three latest issues of the magazine 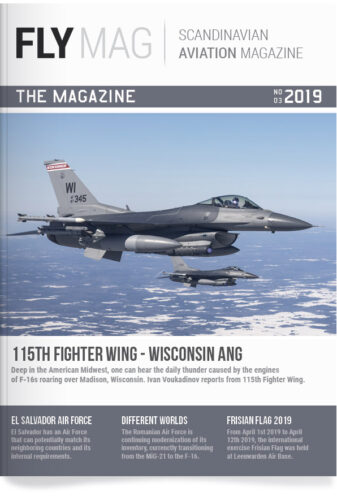 The third issue of '19 brings you around the world, from Europe, the United States, to countries such as El Salvador, Bahrain and Taiwan. 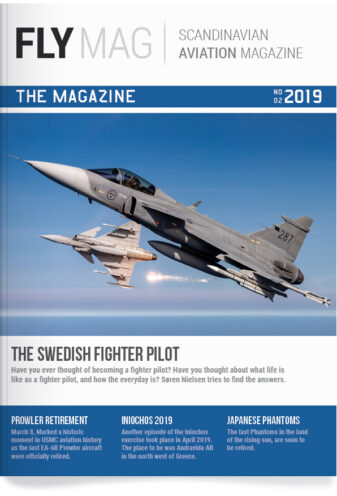 The second issue of 2019 features the story of the Prowler retirement, 'The Swedish Fighter Pilot', and many other stories. 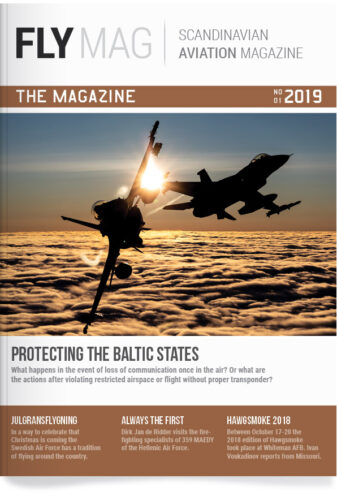 We're looking back at some events from 2018, in the first issue of 2019, such as the Swedish Air Force Christmas Tree flying and Hawgsmoke 2018

Articles highlighted by FLYMAG, is articles published earlier in the FLYMAG Magazine,
which also deserves to be put up on the website. 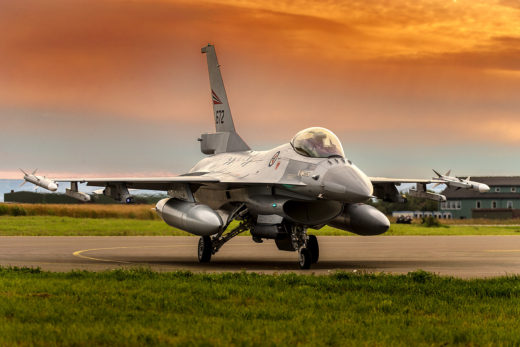 Located on the west coast of Norway, Ørland Hovedflystasjon, Ørland Air Base, is one of two Norwegian F-16 bases, the other being Bodø further north on the coast. 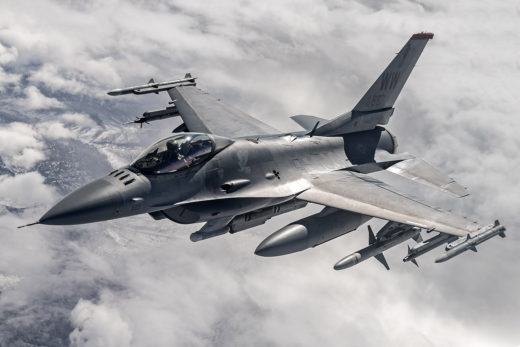 The big American exercise, Northern Edge, has its military roots dating back to 1975. FLYMAG was in Alaska, when the 2017 edition was held in May.

Selected articles from the FLYMAG magazine is published on the website. 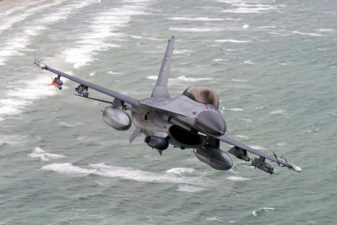 Take a look at the sole jet fighter in the Royal Danish Air Force through the past 30 years. 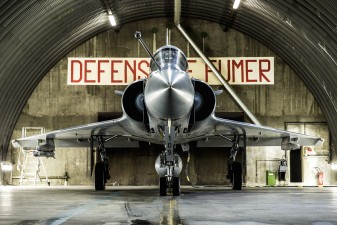 The squadron is a front-line, training and conversion unit for all Mirage 2000 pilots in France Air Force. 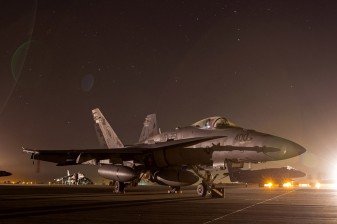 The large Weapons and Tactics Instructor course is held twice a year at MCAS Yuma, in Arizona. 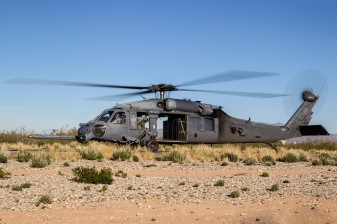 Combat Search And Rescue missions are among the most dangerous missions. 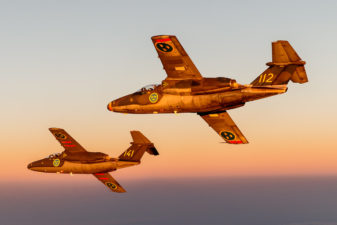 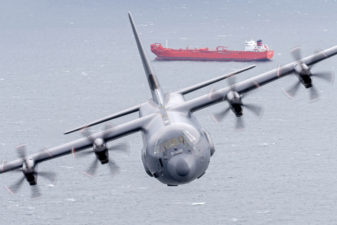 When the Danish Armed Forces need to move large amounts of goods or personnel, the task is given to 721 Squadron’s Hercules Flight.